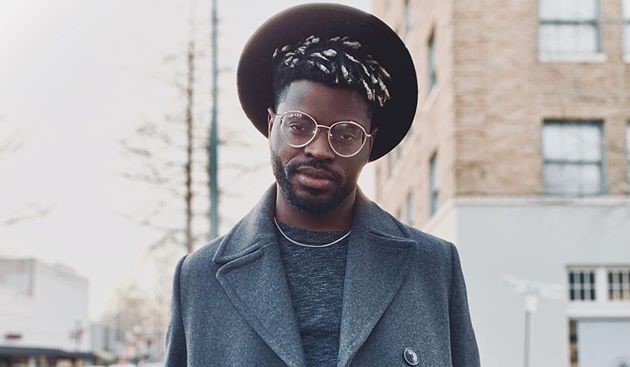 After writing and directing the short film “Blacteria” in 2019, Lafayette filmmaker Cory Stewart is already cooking up his next film project.

As a graduate in New Media and Digital Arts from UL at Lafayette, Cory Stewart jumped into the film industry with a passion specifically for creating short films. Stewart said that much like a one-man band, the students were trained to write scripts, direct scenes and handle post-production. Most importantly, he learned to recognize the unique design of a short film through extensive research.

This is apparent in his most recent short film, “Blacteria.” The film drops the viewer into a single moment between Sarah and Mark, an interracial couple, on what might as well be a regular Tuesday. The scene revolves around Mark trying to explain why it’s impossible for Sarah to get him sick because she’s white and he’s black. Only black people can get other black people sick, right? It’s a very lighthearted, cute scene set in a single room. This is no grand adventure of mystery and magic. “Blacteria” is perfectly bite-sized film while still being memorable.

Stewart said his inspiration for making “Blacteria” was targeted toward entering Southern Screen Film Festival. Southern Screen hosts an annual film festival in downtown Lafayette that gathers entertainment lovers and creators from across Acadiana. Stewart had been there once before to showcase a previous short film and adored it.

“I knew the audience of Lafayette, I knew the quality that [Blacteria] should be, I knew the kind of jokes that had to be in there,” Stewart said.

When making a short film—or any creative project—having clear parameters and distinct goals streamlines the process. Stewart said he knew when creating “Blacteria” that it needed to be cheap to produce, a single location, two characters in a relationship and he already had a general idea for the plot. In having an outline of the project, it made it easier for him to assemble a crew and funding.

While Stewart might not have always been interested in short films, he was interested in stories. Stewart said that he had a very isolated childhood with little interaction with others.

“We didn’t eat dinner or any kind of meal as a family unless it was a holiday,” Stewart said.

Due to the isolation, he turned to television and video games as entertainment. Stewart said that he was infatuated with the stories they told and would sometimes imagine himself as a character in the show. This taught him to appreciate different types of film and media. He began to exercise his artistic mind, helping him down the road as a filmmaker.

As for his next film, Stewart is targeting it to the audience of the New Orleans Film Festival held in October. As of now, his next film will be titled, “The Negro & The Cheese Knife.” The story includes an interracial couple, similar to “Blacteria,” but with more of a focus on the black boyfriend.

When gifted a cheese knife by his girlfriend, he rushes back to his suburban house to find a present to give her. As the boyfriend approaches his house, a black man runs out of it after breaking in and accidentally runs into the boyfriend’s hand that was holding the cheese knife. The intruder is now on the ground bleeding from the stab wound and the boyfriend is forced to call the police. The cops arrive to see the two black men arguing—one with a bloody knife in hand, the other writhing in pain on the ground.

As for what’s next, you’ll have to wait and find out at the New Orleans Film Festival later this year.

While filming has not started on “The Negro & The Cheese Knife,” Stewart’s short film “Blacteria” is available to watch on YouTube or down below.