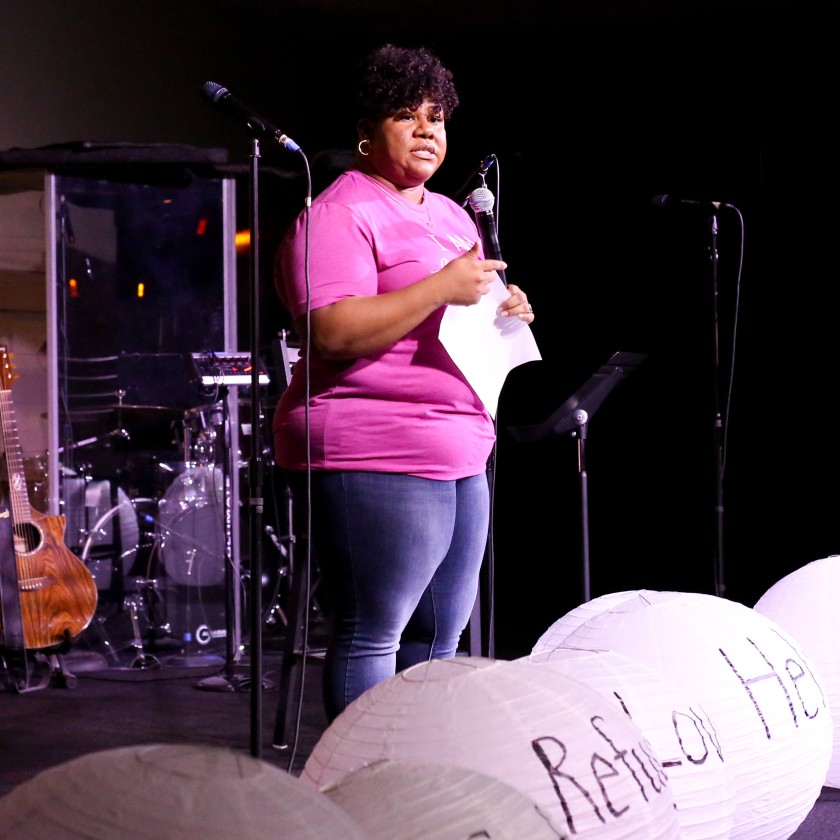 At the age of 8 years old, Shermane Reed was sexually abused by her stepfather.

Experiencing abuse at such a young age taught Reed that she could use her pain to reach women who had been through similar situations as her. She found a way to give women the same help that she needed for a long time.

Reed grew up in a religious household, and she said that her family seemed perfect to everyone. Her family went to church every week, and her stepfather was well-known around her community. But as a child, she saw her stepfather physically abuse her mother. Her stepfather went on to molest Reed when she was 8 years old.

As she got older, Reed felt angry and silent. One day she grabbed her stepfather’s shotgun and pointed it at her entire family. Her family dismissed her behavior and joked by calling her crazy.

“It wasn’t the first time. I had gotten the gun before while they were sleeping and contemplated killing everyone in the house and then killing myself,” Reed said.

Reed did everything that she could to get out of her home as soon as she graduated high school. She started working at 15 years old and saved every paycheck that she got. A few years later, she graduated from high school with honors, and she left her home to study physical therapy at Northeast Louisiana University, she said.

One day, while sitting in religion classes, Reed had her first flashback. The course was discussing creation. As each person spoke about their opinion on the topic, Reed began getting angry. This anger was accompanied by sudden flashbacks of the abuse that she went through in the past. Her anger continued to grow as she experiences a panic attack for the first time in her life.

Reed tried to find help from counselors and support groups, but she found that no one was equipped to help her.

“We never, with the counselors, talked about the sexual abuse because they didn’t have a group to put me in,” Reed said.

After searching for a while, Reed finally found the help that she needed in a Christian support group. However, the group was small, and Reed wanted to give other abused women a chance to begin healing the same way she had.

Reed knew that something had to be done to help women. So, she decided to get trained in trauma through Mending the Soul, a nonprofit that provides training and resources for leading support groups to help people who have been abused. She got certified to not only lead support groups herself but also to train others who may be interested in leading support groups, she said.

Reed is certified in multiple forms of trauma, including sexual and physical abuse. Reed is also the only person in Louisiana who has been certified, through Mending the Soul, to help sex-trafficking victims.

In 2017 and 2020, Reed put on a conference called Still I Rise. At this conference, women were given a chance to speak about the abuse that they had gone through. Some women went to the conference and shared their stories for the first time in their lives, she said.

Reed speaking at the Still I Rise conference in 2020

Phyllis Patton, the women’s minister at Cornerstone Cowboy Church, met Reed at the first Still I Rise Conference in 2017. She said that Reed is a leader who brings women together.

“She impacted me spiritually, mentally and emotionally,” Patton said.

Reed has impacted many women’s lives throughout the years. She said that she has reached over 500 abuse survivors. Many of the women that she has helped have gone on to help other women who have been abused.

Kelli Domingue joined a Mending the Soul support group after Reed heard her story. After finding healing through the group, Domingue got trained to lead her own groups. Domingue said that Reed is amazing and strong.

“Every life that she touches is impacted in such a powerful way,” Domingue said.

Reed said that God placed a calling on her life to reach out and help women who may not have much hope left.

“Her strength is something that other women can draw strength from. I wouldn’t be where I am right now if it hadn’t been for her intervening,” Domingue said.